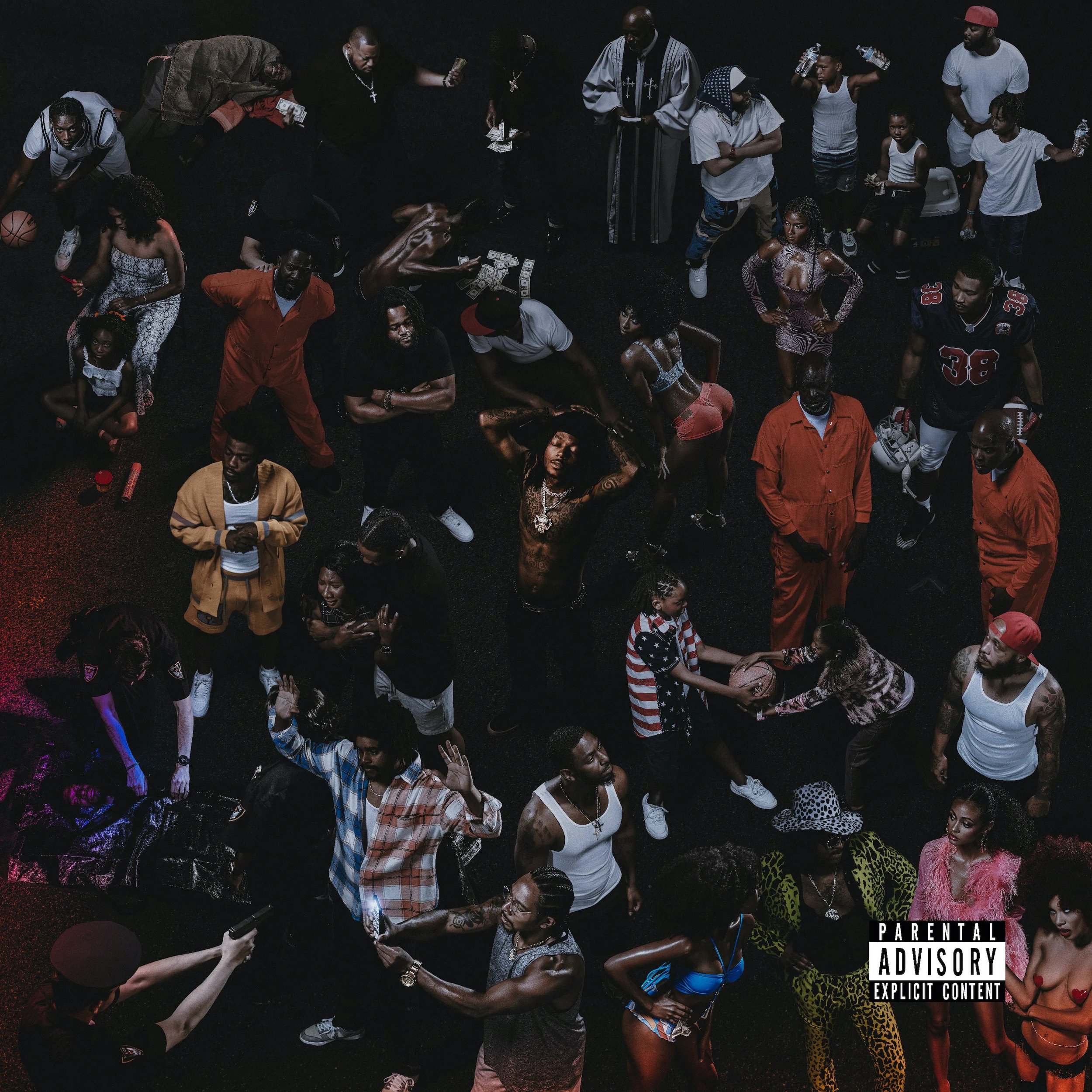 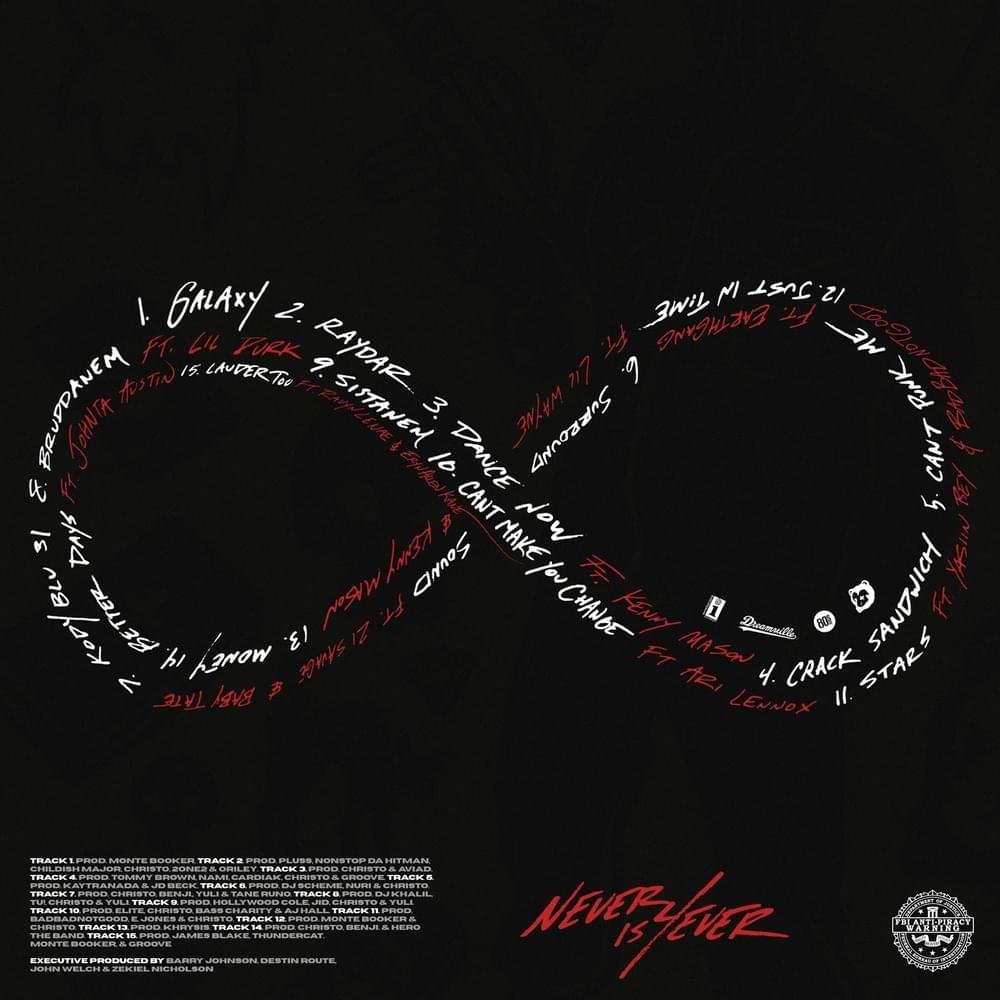 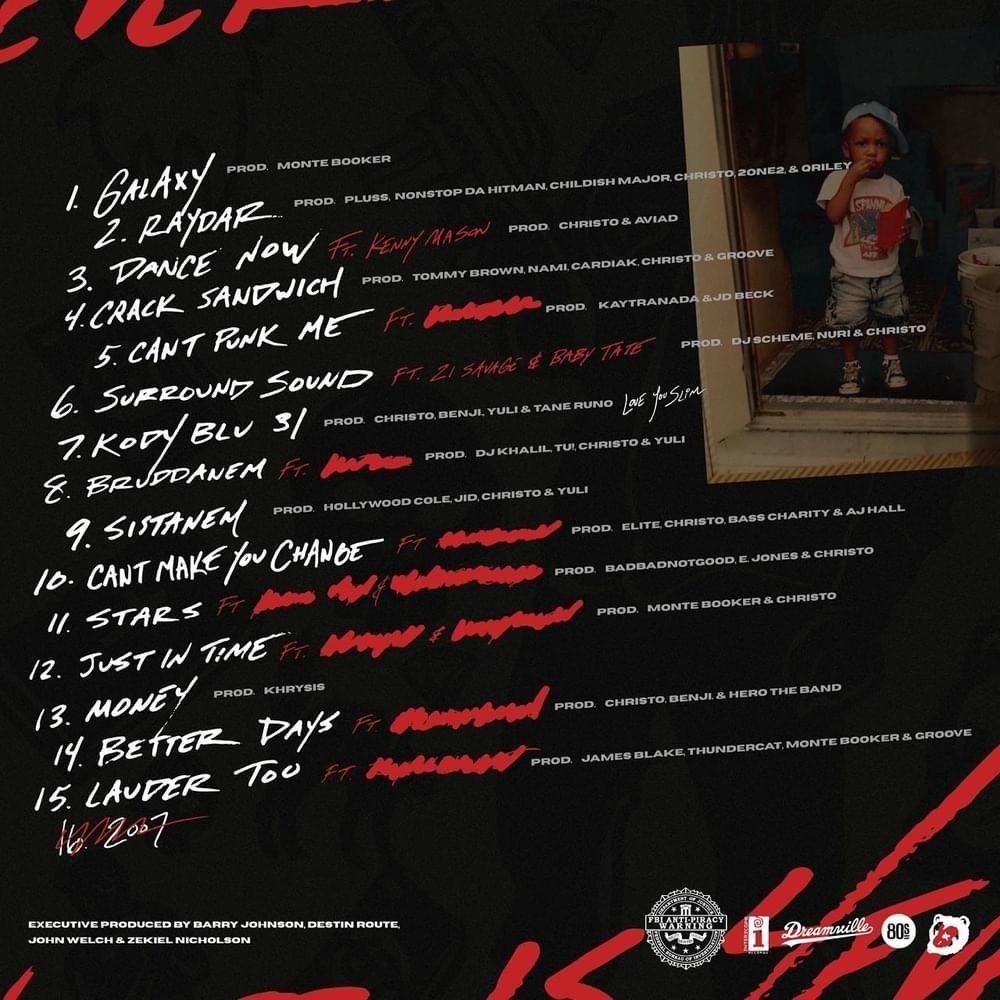 Sitting at 15 tracks spread over 59 minutes and 12 seconds, The Forever Story by JID gives us so much without overstaying its welcome. It was released on August 26th, 2022. I classify this album as Hip hop, although it veers in so many directions, taking influence from multiple genres and creating a rich pool of sounds. The Atlanta native uses his emcee abilities, along with the aid of other artistic techniques to build an immersive soundscape, all telling one giant story.

The project gives us a vast collection of stories: fighting to defend his sister outside a club in New Orleans, having to go to his friend’s house super early in the morning every day to catch the bus, eating bologna sandwiches, wearing hand-me-downs for days on end, partying and playing in college and thus having to figure things out himself, and so much more. He does an incredible job of recounting these deeply personal, impactful memories; mixing them in like paint, and using his vocals as a brush to create one beautiful, cohesive “piece”. The album brings up several heavier topics that are much bigger than Hip hop. It does so in a way that is real and derived from personal experiences, rather than mere opinion. Some of these topics include gun violence, financial hardship, and systemic racism. By incorporating the sonic and lyrical elements that he does, he creates this bigger picture of how he is finding his way through these obstacles and fighting to help others do the same. The album cover, created by Naskademini, is a brilliant display of this; it is a true testament to the phrase “a picture is worth a thousand words”. The production on the album is phenomenal as well, synchronizing very well with JID’s vocals and elevating this “piece” to the next level; acting as a mixer and making it even more cohesive. Containing dozens of different sound slices that incorporate elements of Gospel, RnB, Southern Hip hop, Funk, and EDM. It is amazing; truly creating a sound that is unique, genuine, and culturally driven. JID’s flow (specifically the switches) and delivery on the project is wild, take it from this tweet by HipHopNumbers:

Does anyone switch flows better than JID?https://t.co/mDKzGXMUrJ

JID also does immaculate vocal work, giving us some deliveries that are pain-driven, some energetic, and others that are in between or completely different. He also does some wonderful singing on the tracks “Kody Blu 31”, “Stars (feat. Yasiin Bey)”, “Better Days (feat. Johntá Austin)”, and “Lauder Too (feat. Ravyn Lenae & Eryn Allen Kane)”. Speaking of, the features on this album are amazing, each bringing a distinctive style and perspective to the table. This works to make the aforementioned “piece” even more encompassing. The music videos for The Forever Story do an excellent job of showing us authentic examples of what he is talking about and touching on these heavier topics well; again, not telling us what to think, but rather showing us a cinematically-depicted version of what is really going on out there.

Overall, The Forever Story is a beautiful, cohesive album that touches on tons of experiences JID has had throughout his life, which all tie together to create this “piece”. It shines a light on many hard subjects with ease and is still a highly enjoyable listening experience. The mixing, mastering, and production are handled with excellence. The ATL-native’s vocal/emcee work, as well as the featured artists’, are top-tier. They tell harrowing stories in an immersive way. The visuals for the project are also top-notch, bringing his stories to life in an engaging manner. I would highly recommend this album.

Nosebag Media
Next
Next