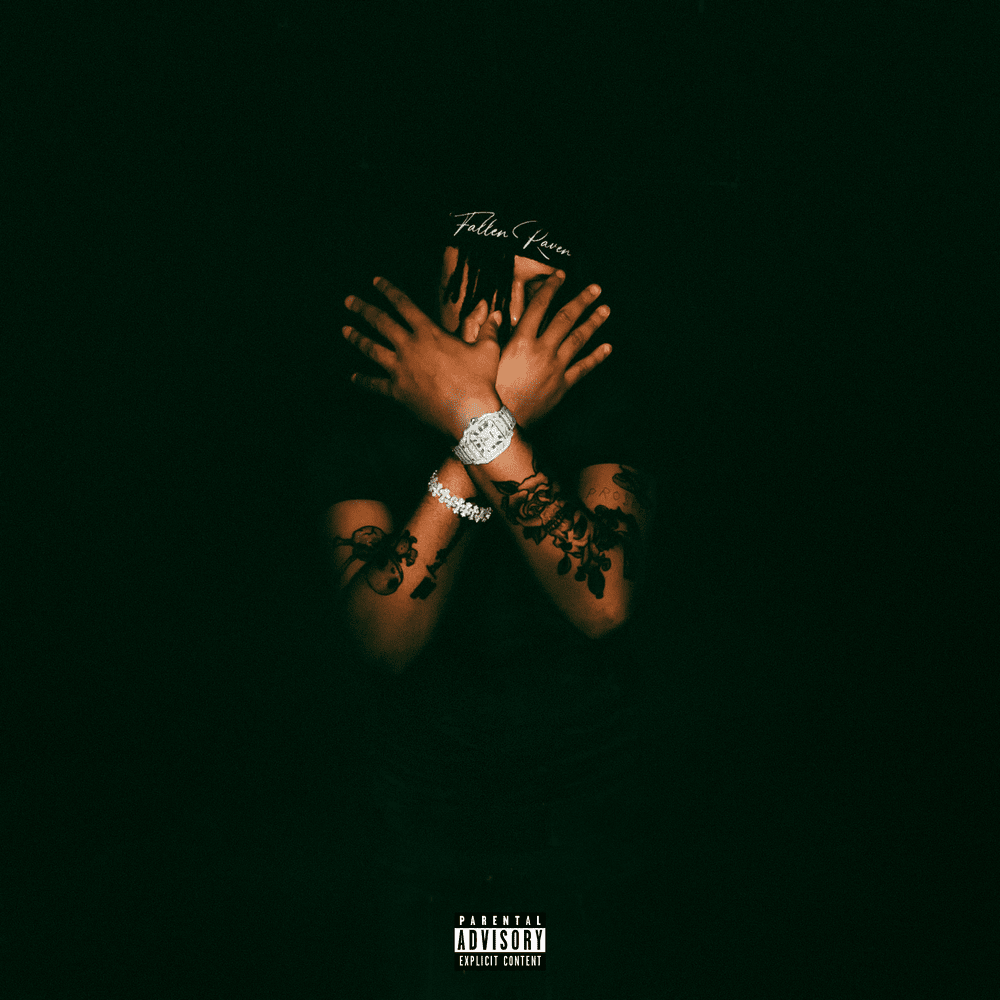 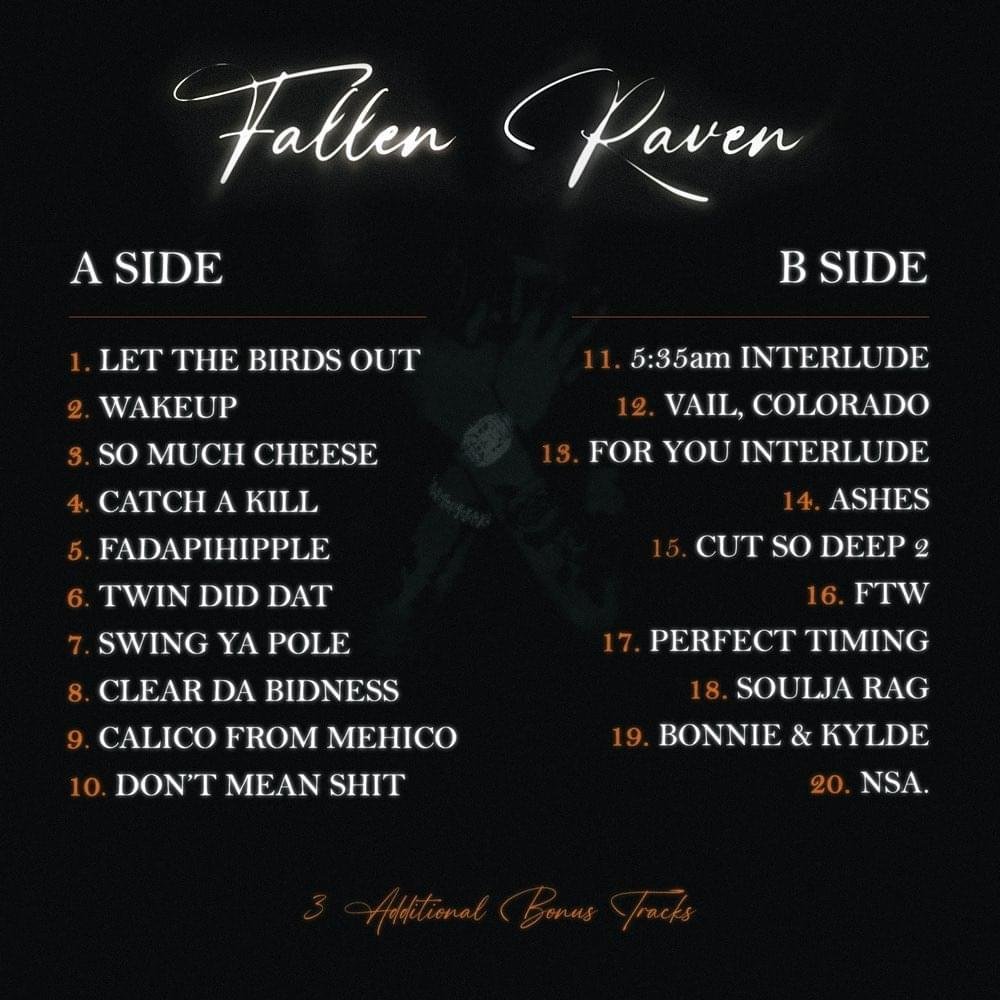 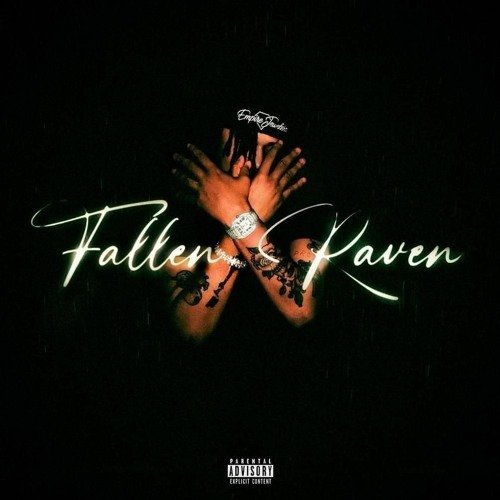 FALLEN RAVEN is Summrs’ passionate new 23-piece Hip hop project. Released on June 27th, 2022, this massive project runs for 54 minutes and 33 seconds. It is full of melodies that range from banging and aggressive—with “Dont Mean Shit” for example, which hits with hard bass and an unchained synth progression—all the way to slow and somber, on cuts like “Dear Mom,”. The track features a plethora of content, both musically and lyrically. He goes into elaborate detail about topics such as his lifestyle, struggles, family, and more. Summrs gives us a little bit of everything on this project, as mentioned before, and it really shows his versatility; he is able to tap into his deepest emotions and darkest thoughts, spilling his heart out over beats that are soft and moody, while on other tracks he does the complete opposite; killing off those demons and striking the harder beats with a relentless and savage flow. Featuring beats from producers such as Bhristo and Goyxrd, and an album cover from Malxk, with motion design from ripbasar, as well as multiple visuals, this project does not lack at all on the production side of things. Additionally, the sound quality is amazing all throughout it, as we are able to really hear his emotions seeping through the track in his voice.

The album also has no features, which is absolutely mental considering the length of it, and it really shows us what he is capable of, as he is able to deliver 23 solo tracks that can all stand alone and still sound amazing, all with no help. The music videos are also wonderful. The visual for “Swing Ya Pole”, directed by jmoney1041, shot and edited by 88films is clean and energetic, with tons of fun shots such as him lifting weights and some cool 3D work. The video for “Caused Envy.”, also directed by jmoney1041, shot and edited by 88lamim and jmoney1041 is much more cinematic and vibey, with shots of the city at night, him chilling on the balcony, and a little snippet of this album charting at number 7 on the Apple Music charts. The one for “FTW”, directed by anti_fl and Rino (Summrs), and edited by malxk, is also more vibey, with tons of shots with him chilling around the crib in his element. Lastly, the music video for “Perfect Timing”, directed by anti_fl, with vfx by malxk and exrtgreen is energetic and flashy, with tons of shots with him wearing clean outfits and chilling around.

The album is an excellent showcase of the things that Summrs is capable of, as well as a testament to what he has been through in his career and personal life; in my eyes, this one is kind of a milestone in his career as well. The content in this album is very relatable and deep, and it is sure to make you feel some type of emotion, whether it be balling your eyes out alone in a dark room at the darkest hours of the day, or riding around on a sunny day with your windows down and a smile on your face.

Overall, FALLEN RAVEN is a beautiful, large-scale project that is loaded with tons of standout solo songs which feature Summrs spilling his heart out about his struggles, pain, etc., and/or manifesting more success, wealth, or motion in his life, all over a collection of serene, hard-hitting beats, with glistening visuals to accompany the project; it is truly an accolade.